The RIXC symposium offers a vision by artists and theorists on the world of the aesthetics of augmented senses and experience, stretching from the earliest beginnings of sensory data research to the interaction of immersive and sensory technologies between various perception sensors of the human body.
Sensoria presents new artworks by five artists Krista Dintere, Santa France, Kristine Krauze-Slucka, Alvis Misjuns, and Ivo Taurins, that are created specifically for this project and explore the various artistic aspects of sensory stimuli.
Art researchers Ilva Skulte and Helmuts Caune in their lectures are analysing the artworks in the context of the symposium theme.

Sound is a time based medium. If not fixed, sound events leave no trace behind but a memory of what you just heard.
Recorded sounds are like reflections of natural sounds. Recording technologies can be seen as an extension of human hearing and memory. By means of a recorder one can access sound repeatedly, can zoom in and focus on small sounds, can manipulate, even touch can become tool for fixing sounds when recording surface vibrations with a contact mic, all these means lead to greater width and depth of perception which could not be accessed without technological augmentation.
In my work "Reflections, cycles and transformations" by completing many transformative cycles one fixed sound reflection can become a whole score of sounds. Composition constructs reality in a cycle from natural to abstract and back. Natural forms in images are intertwined with visual representations of fabric of sound spectrum.

The opportunity to tune out sounds of the surrounding environment and to replace them with an audio of your own choosing has become a self-evident part of a modern human’s existence. As users increasingly rely on the immersion and durability of media, their devices have taken on a peculiar role of an emotional supporter – helping to distance from the aggravation of the external environment and to focus on the workings of one’s inner world instead.
The interactive collage illustrates a situation, in which this immersion has been unexpectedly ruptured due to a technological malfunction – leaving only half of the user’s senses “submerged” within the hyperreality of media. 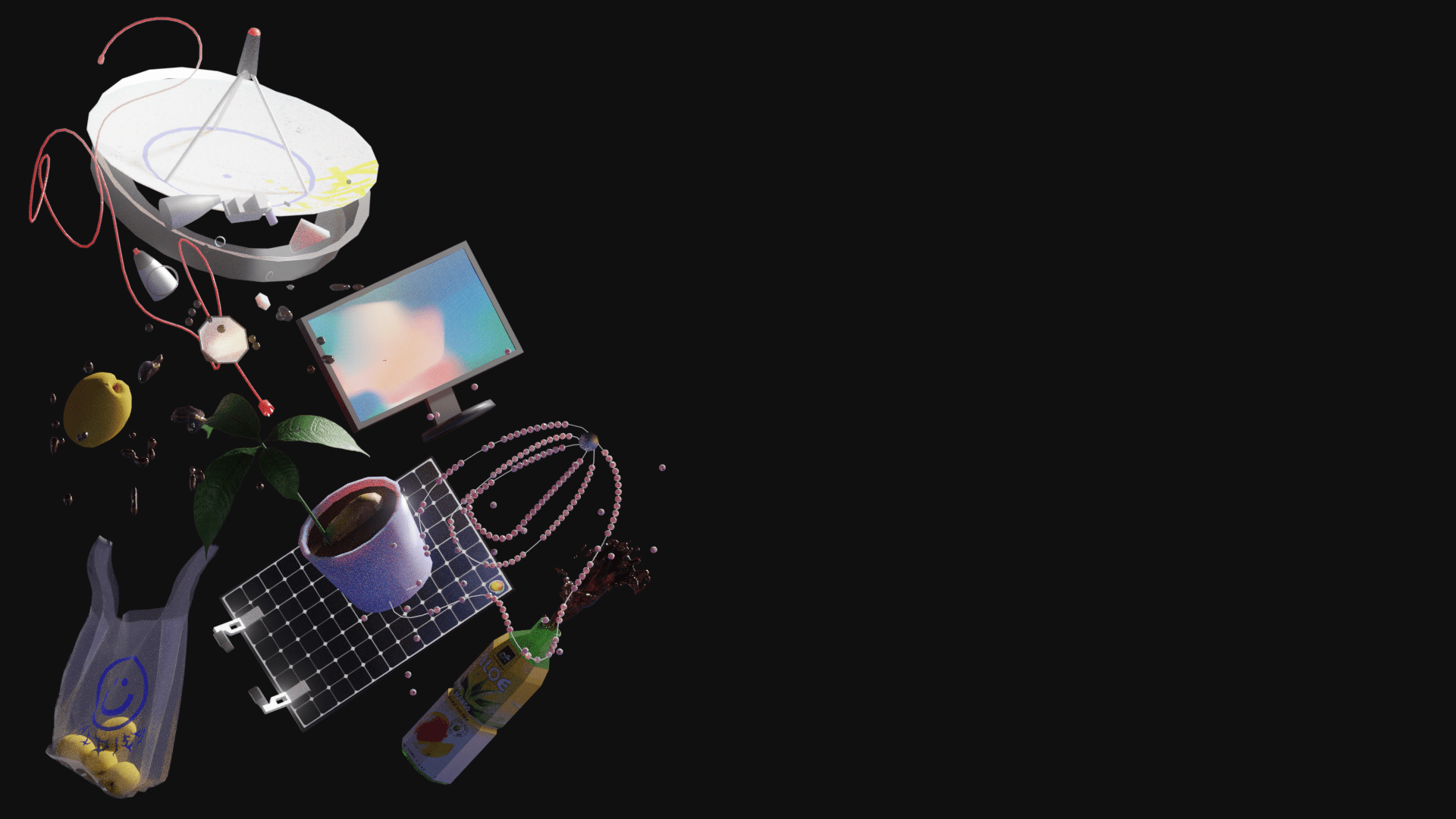 Photographs, as social artefacts, transfer fragments of an ongoing process in a static format. Suzanne Sontag notes in her essay "On Photography" that photography serves as a shaker of conscience, where the impression - what the all-encompassing presence of photography has on our ethical perception - is unpredictable. Pollution is mutual: both visual and ecological.
The development of a photograph on a light-sensitive paper is the result of the interaction of photo chemicals and water.
When human thirst unites after creating new images and using these chemicals to obtain these images, a situational paradox is formed. The symbolic significance of water, on the other hand, has been pretty much mythologized throughout history, which can be reduced to three main aspects: it is a source of life, a means of cleansing and a centre of regeneration; but in the context of evolution, it is transforming not only into a technological but also into an economical and political instrument. This is the "new gold of the future".

The work combines the interaction of the materiality of photography and human ecocystemic activity. When photochemical fragments are immersed in water and fixed on light-sensitive photo paper, biomorphic elements are revealed. It just seems that the fixations of this landscape reveal new, unfinished organisms of the future.

100 percent” is a deliberate departure from the usual virtual exhibition format that aims to find more unrestricted and relevant means of expression to exhibit physical and virtual pieces. The main problem of virtual exhibitions is the conversion of physical works into digital format, which removes information layers. Lost information must be compensated.
“100 percent” is a virtual exhibition with digital 3D pieces. The exhibition highlights two important user experience (UX) challenges: optimization and information. The best examples of optimization can be drawn from computer game development methods, i.e. the level of detail (LOD) based on the distance of the camera from the object. In “100 percent” the LOD is reversed, hence, by coming closer the model becomes rougher. Thus revealing the structure of virtual reality.
Exhibition “100 percent” offers a smart aid that recognizes and frames the pieces, similar to the algorithm YOLO (You only look once). The style of the exhibition “100 percent” is the opposite of the usual exhibition format. Instead of precise architecture, it exhibits an organic, almost extraterrestrial space.

The composition consists of field recordings with a sampling rate of 96 Khz and 24 bit quantization including frequencies beyond human hearing. It is very likely they are registered with other senses in our bodies. The spectrogram of the composition as well reflects the presence of high frequencies.
While listening to the “Noise Technocracy” composition, the author offers to take an electroacoustic walk through the yard of “Saliņas” country house, trying to distinguish the voices of birds, the car of a neighbour driving on the gravel road, the flight of fly and the chirping of carefree grasshoppers.
The composition is created by using a binaural sound processing technique, i.e. by psychoacoustically manipulating the differences in sound tone, time, volume in each of the stereo sound channels, a vision or feeling is created about the size of the acoustic space, the objects in it and the locations of the sound sources. The composition is complemented by images of its sound spectrum analysis.

* For better experience of binaural effect use the headphones.

Sensory Turn and the Feeling of Reality:
on some ideas in the crossing point of media and art

The development of audiovisual and digital media in the 20th century and the following discovery in the sociology and media theory of the media specific phenomena and the new acoustic space (to use McLuhan’s term) placed under question the notion of (social) reality as constructed, simulated and sometimes faked. It also showed how human sensorium has been disrupted by placing some senses in our culture (visual) over other, thus, starting what is by some authors (Howes, 2006, Lauwrense, 2012) referred to as “sensory turn” in anthropology, sociology, geography, media and communication studies and arts by the end of the century. Taking in account that the intensification of mediatized condition of the human sensorium (Jones, 2006) it is important to discuss new ways and aspects through which our feeling of reality and relations to social are re-constructed and reshaped I would like to discuss some of this aspects in relation to art as aesthetic (sensorial) experience and field of experimentation.

Mediation as a Human Condition

Rationalist philosopher René Descartes showed frustratingly clear how infinite the chasm between our consciousness and the outer world, from which we “receive” our sensory data, is. His empiricist colleagues pointed out that, even if that’s true, these not-so-trustworthy data are the only source of anything that can claim the status of knowledge or at least information. Immanuel Kant tried to reconcile this quarrel with his brilliant work around the distinction of phenomena and noumena, only to prolong it for the centuries to come. But we, to paraphrase art historian and anthropologist Caterina Jones, seem to worry about it less and less. Descartes’ ball of wax and our modern, virtual, augmented reality consists of essentially the same particles, but what essentially differs is the way we live with it and, indeed, worry about it. The dream of plausible intersubjectivity seems to be moving away, and perhaps a modern-media embracing and exploiting art is its remaining hope. 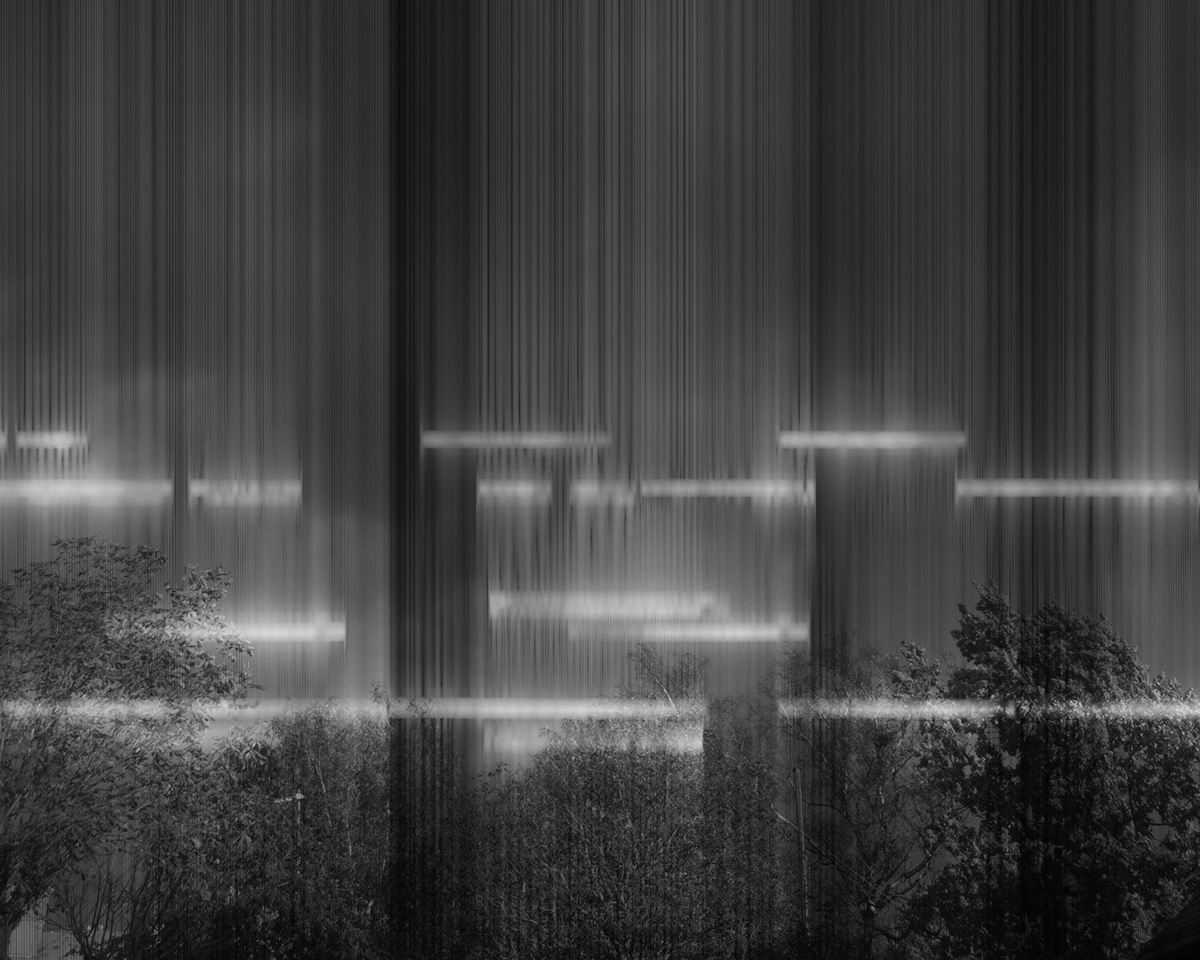 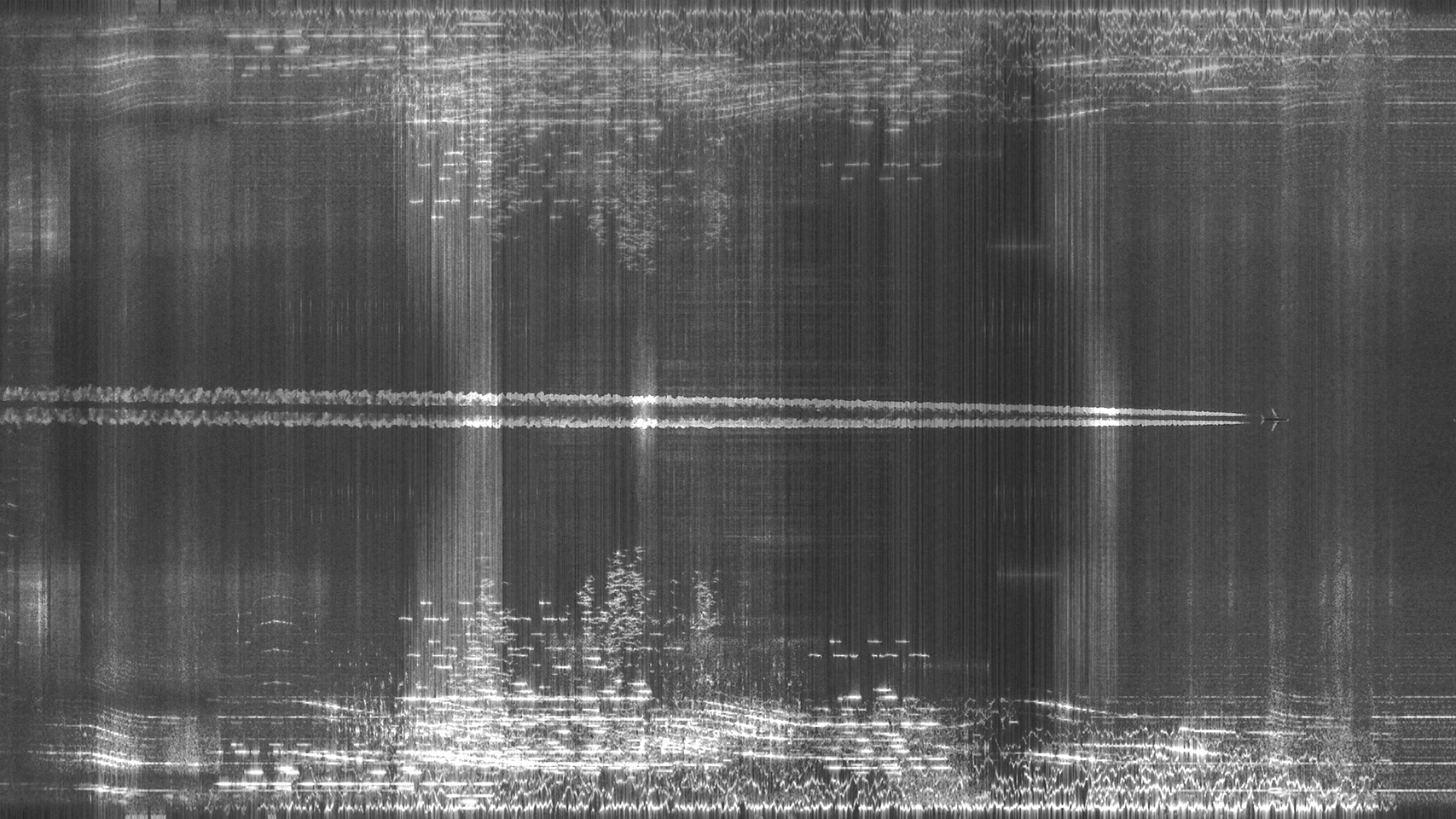 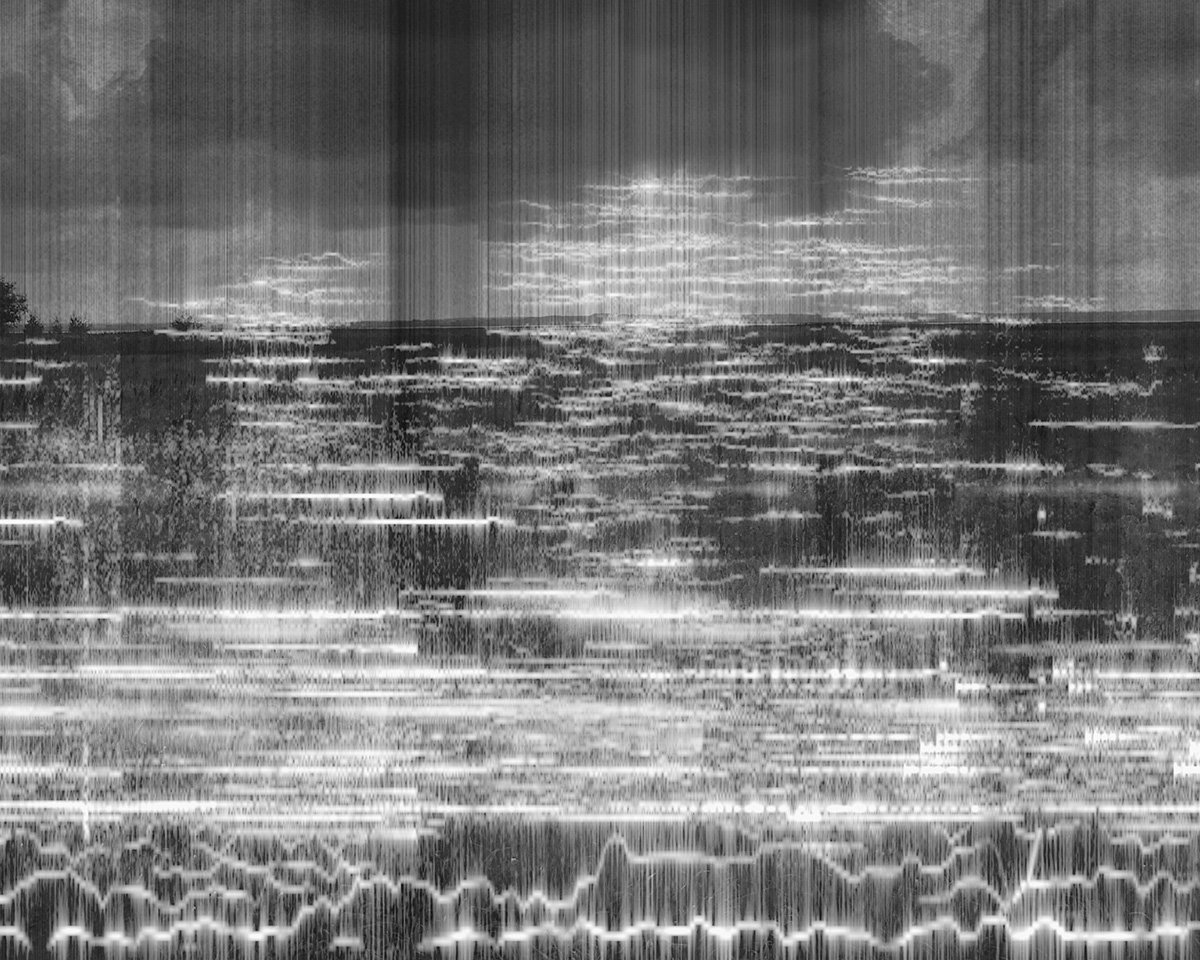 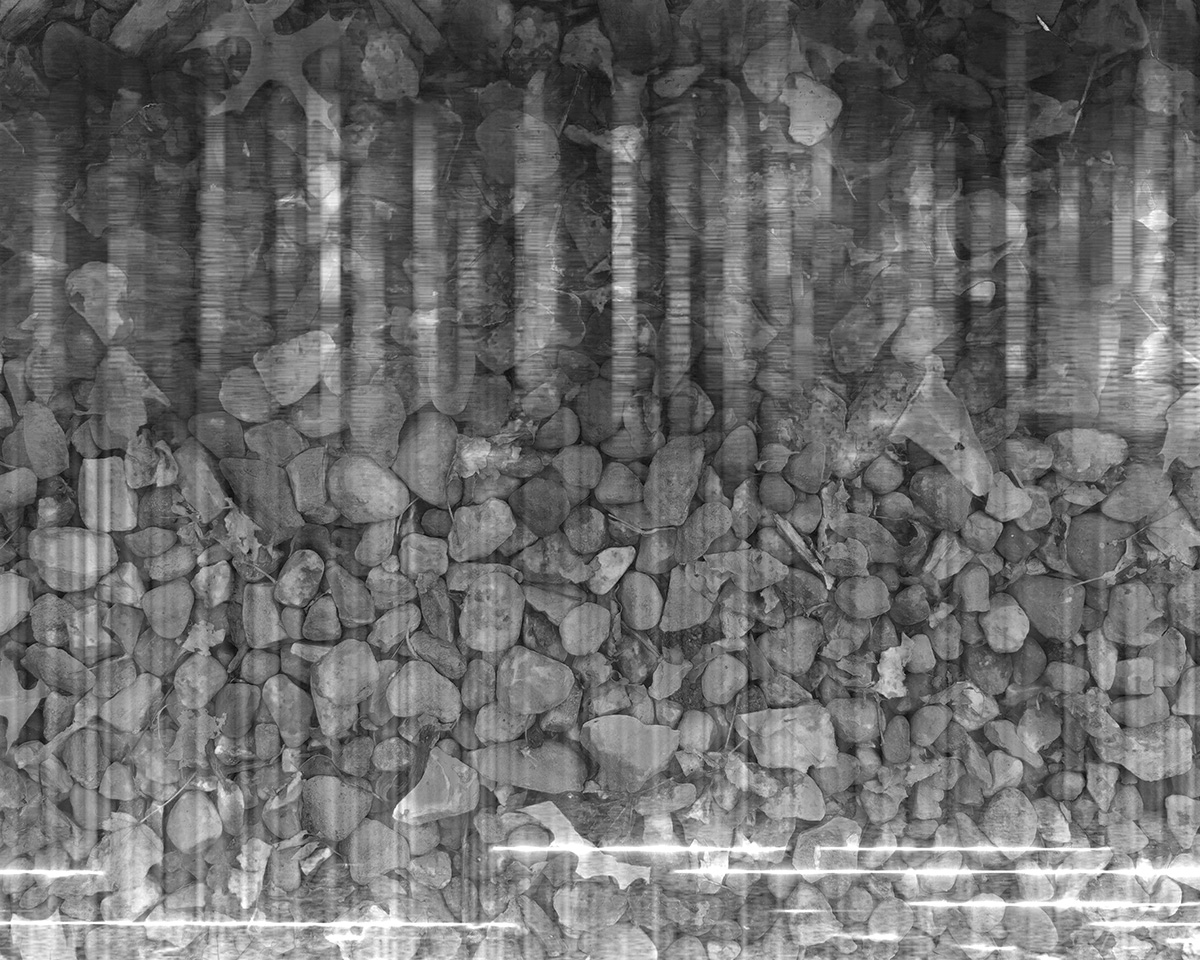 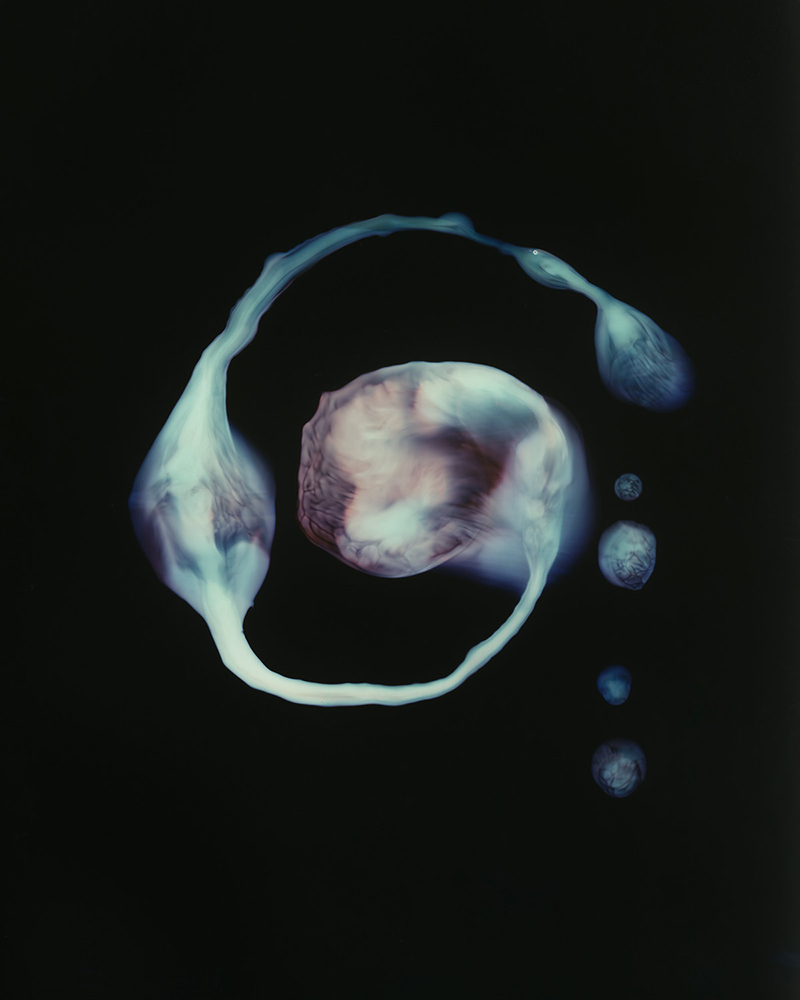 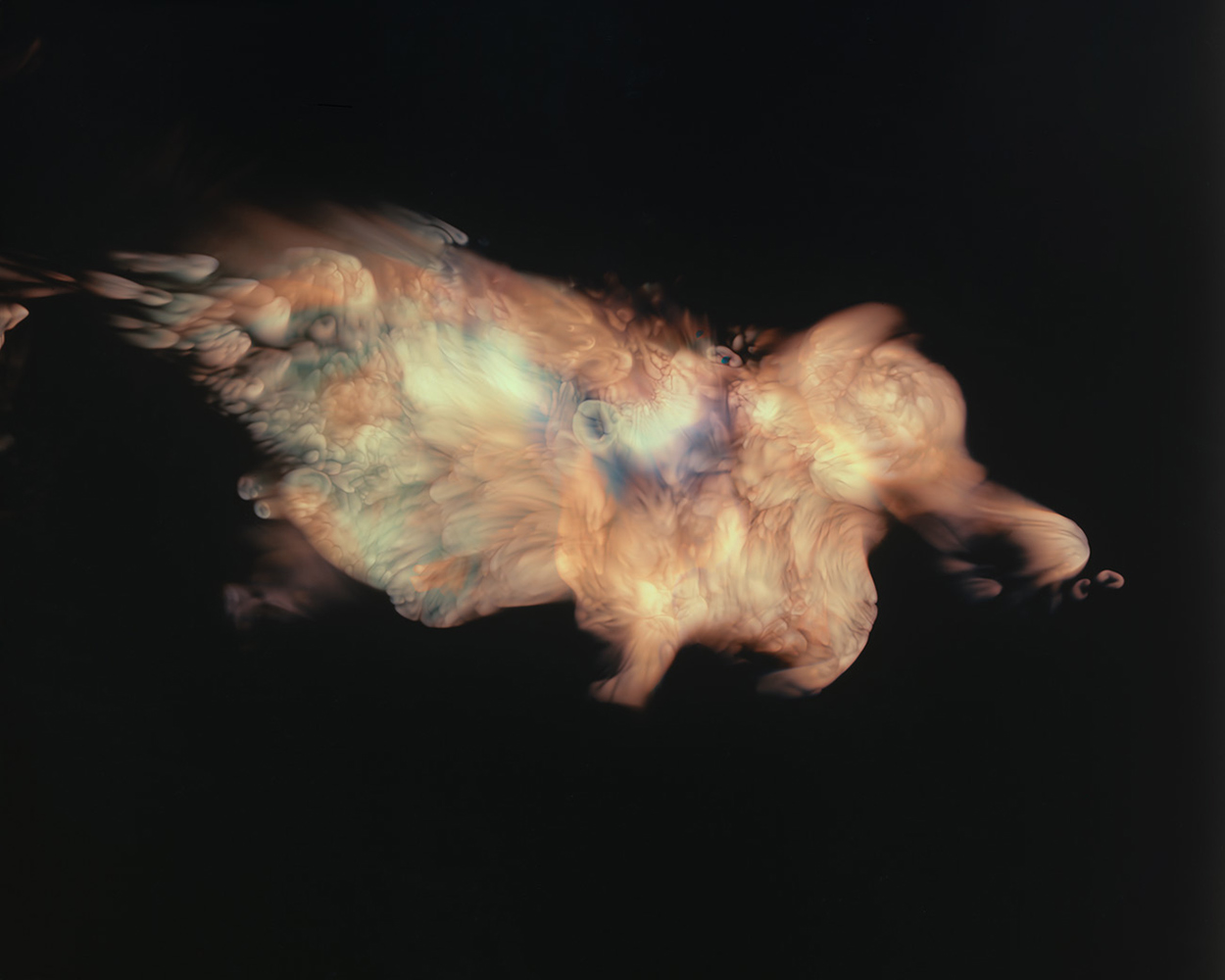 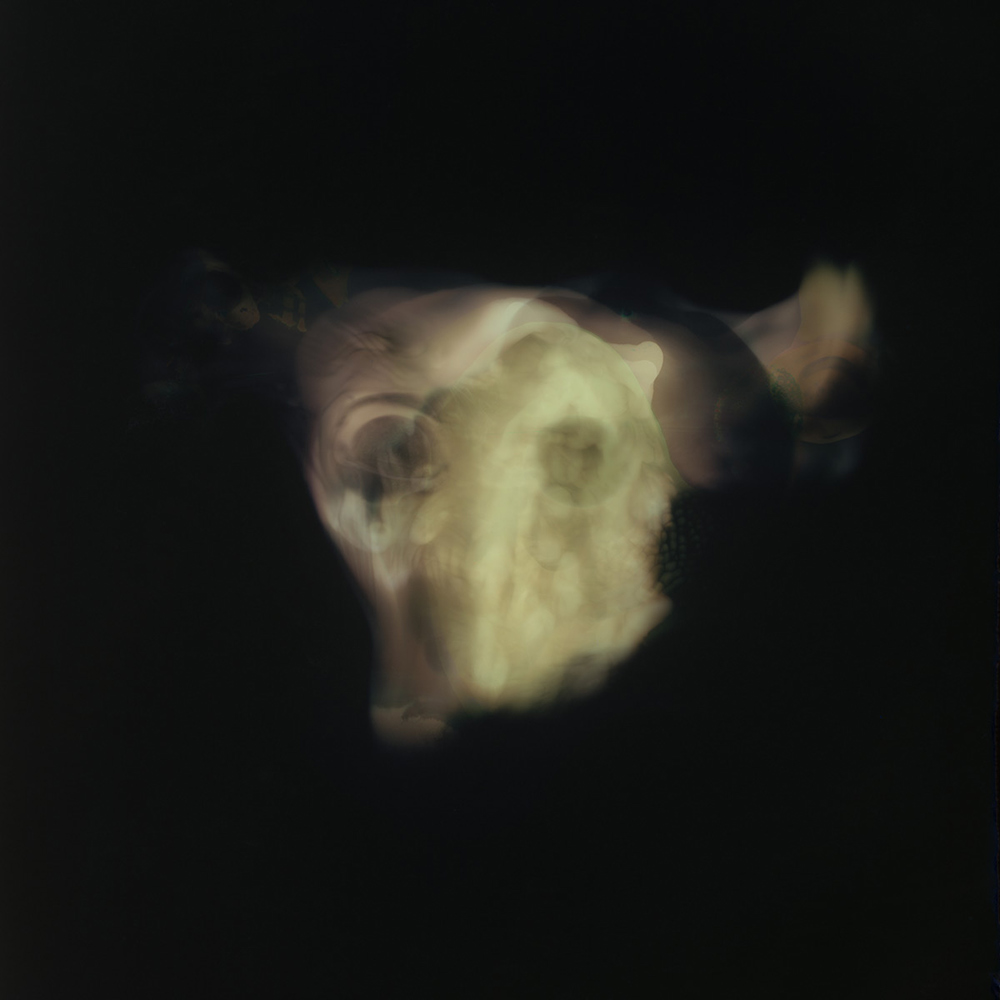 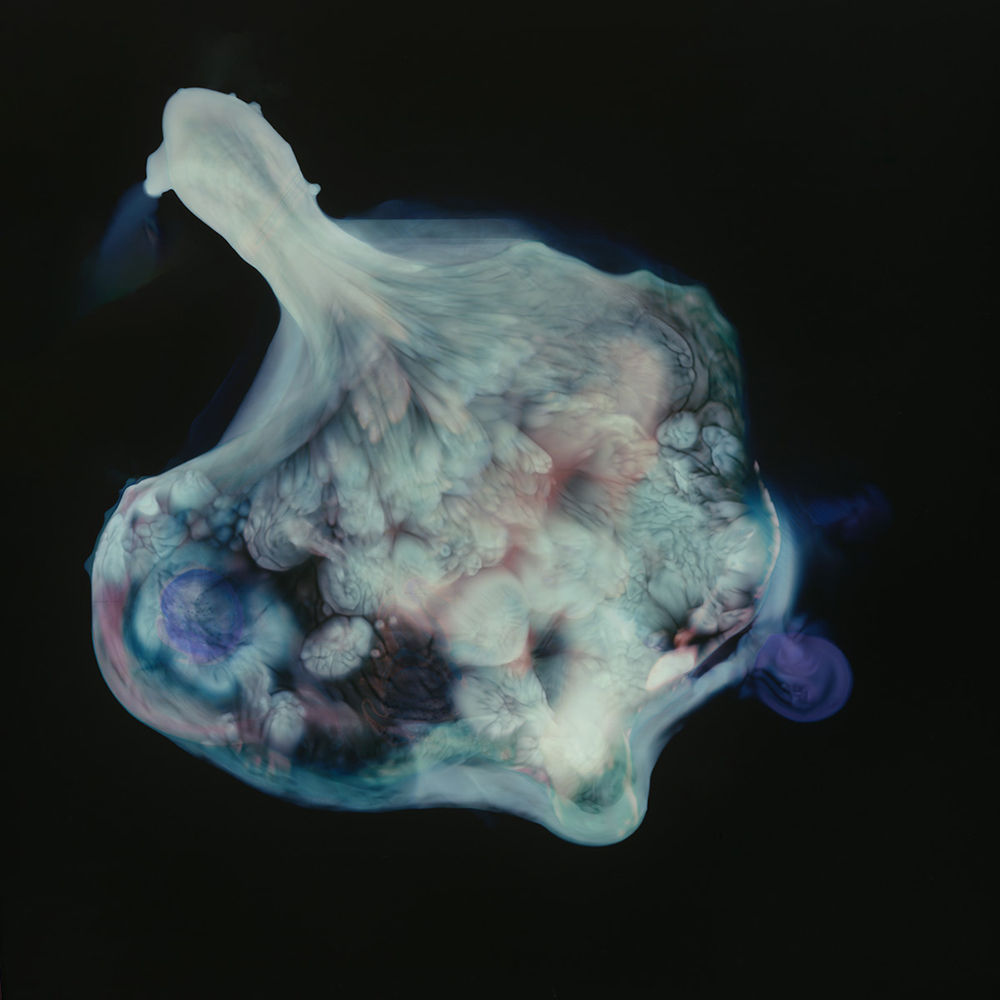 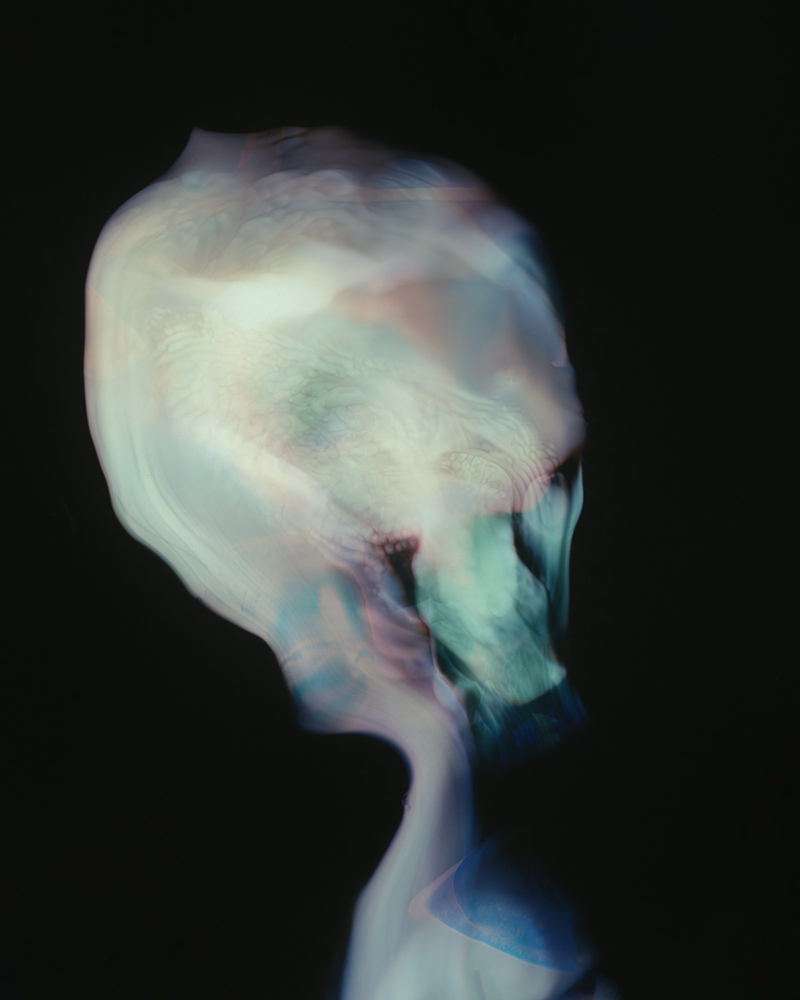 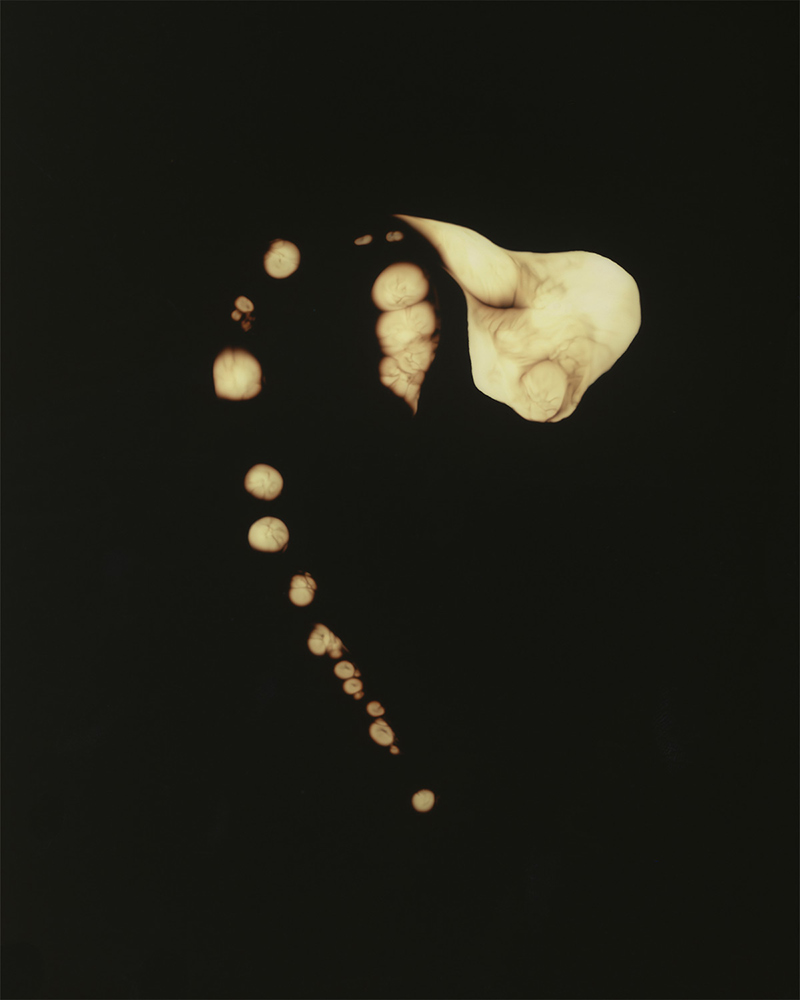 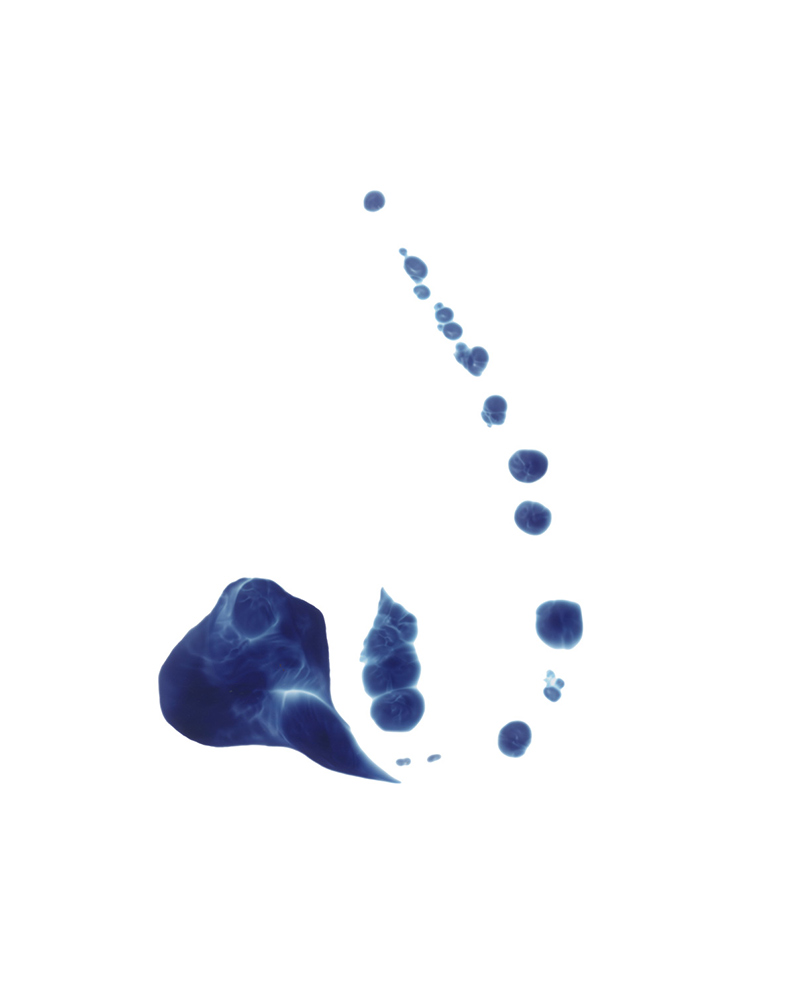 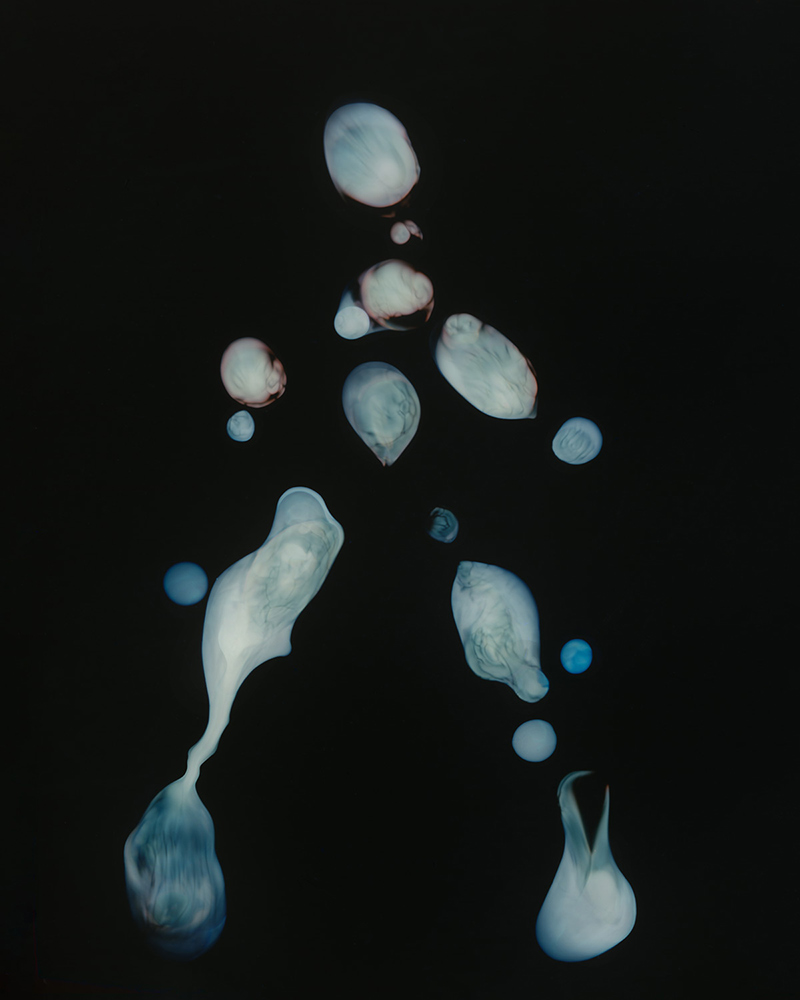 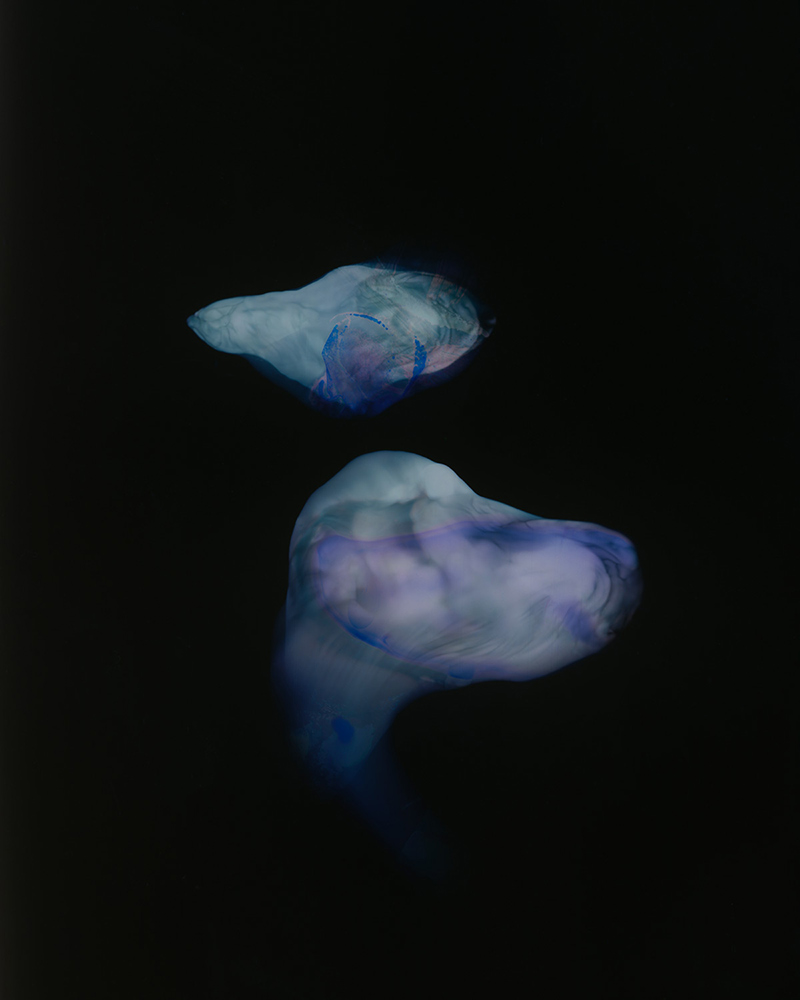 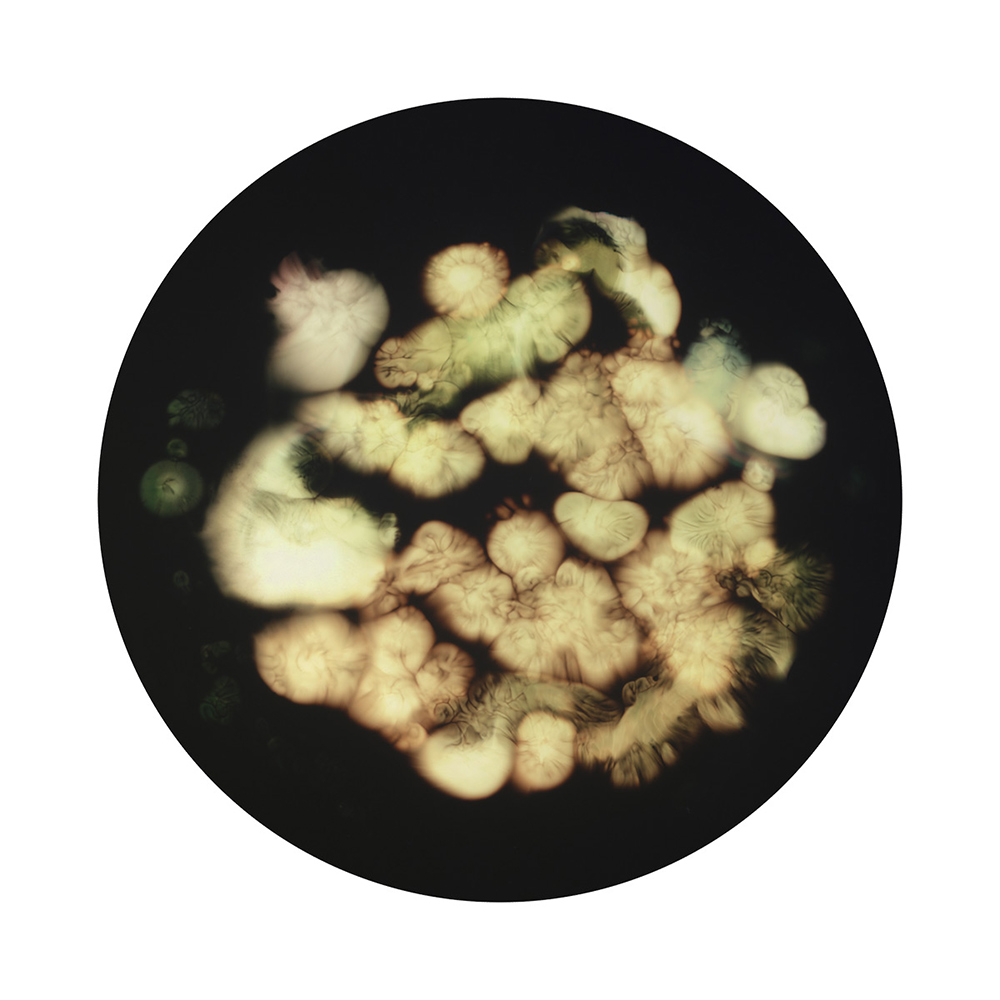